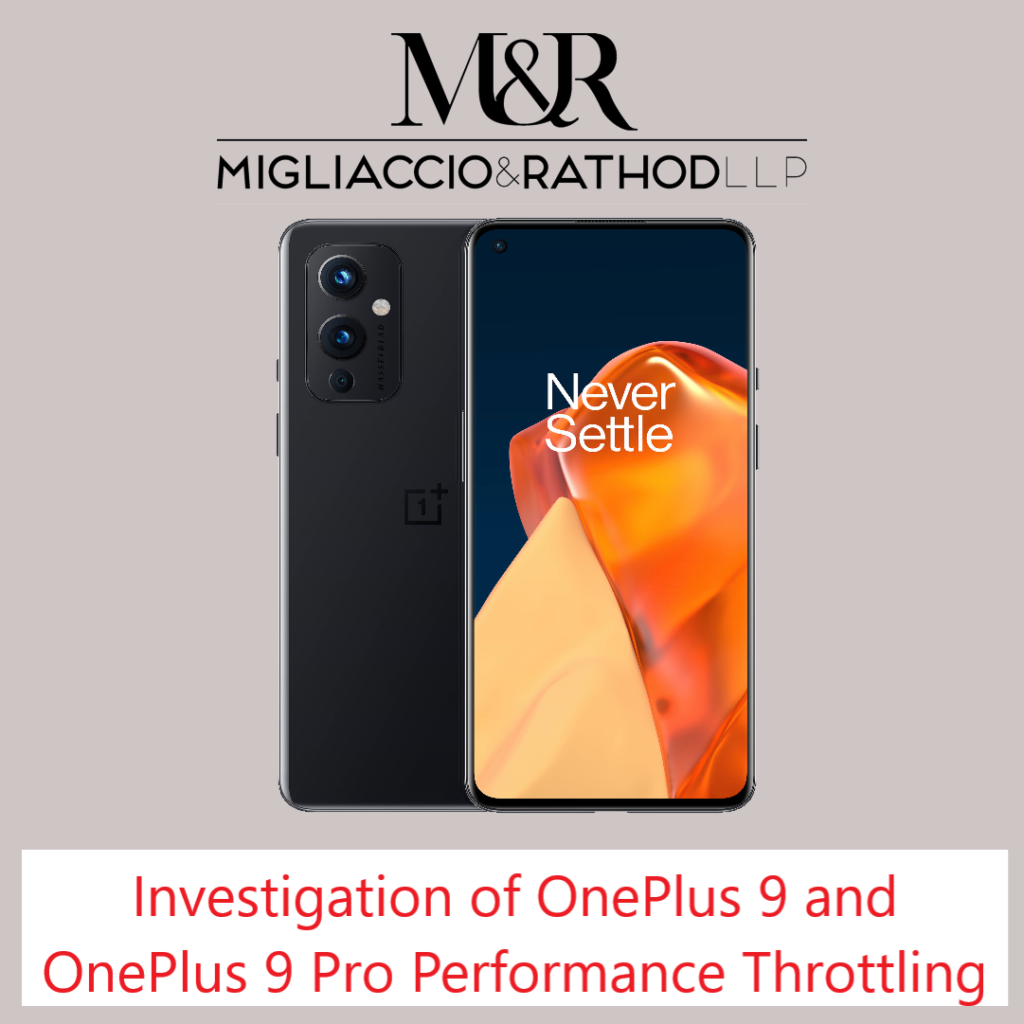 Migliaccio & Rathod LLP is currently investigating OnePlus phones for complaints about an overheating defect as well as the company’s attempted “fix”: a software update that throttled app performance. Upon release, these phones experienced sporadic deactivation from a software defect which caused overheating and reduced battery life. Consumers report that the defect did or does materialize most often while using the camera, a feature OnePlus marketed for its superiority, but also while using any “high power function.” Moreover, the phone displays the overheating error message even in temperatures as low as 70 degrees Fahrenheit. This incongruent pattern suggested that the defect was primarily caused by the software itself, not by any user error or true ambient overheating.

The company pushed out a “performance optimizing” software update in April 2021 meant to address overheating and battery performance. While the update may accomplish these goals for some users, it does so by throttling other functions of the phones. Essentially, the software automatically limits certain applications’ running speed so that others can run at full capacity. Consumers complain that, particularly after paying more than $700 on a newly released cell phone, they reasonably expect the device to run consistently and efficiently regardless of the application(s) they are utilizing. Some consumers allege that this pointed throttling came even before the March 2021 release of the phone and may have been only exacerbated by the April software update. Some tech bloggers have investigated the software’s specifications and, put simply, found that many of the most popular applications including the likes of Google Chrome, Twitter, Uber are forced to load slower so that applications like the built-in camera can function as marketed. As one blogger put it, “It’s hard to imagine any user wanting their web browser to be dramatically slower…—users should be able to control the devices they purchased.”

Are you a OnePlus 9 or 9 Pro owner whose device has experienced persistent overheating and/or throttled application speeds since purchasing the phone or after a software update?