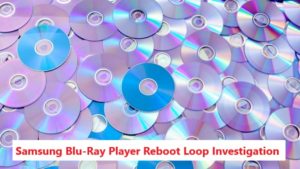 UPDATE: THIS INVESTIGATION IS NOW CLOSED.

Samsung implemented a free mail in repair program for 2015 Blu-ray players that experience power cycling. Please read more here about the contours of the repair process. We recommend reaching out to them.

Migliaccio & Rathod LLP is currently investigating Samsung for a “reboot loop” error that has manifested in many of its Blu-Ray players, rendering the devices inoperable. On Thursday, June 18th, many users began to report issues with their Samsung Blu-Ray players on various websites, including the official Samsung Support forum. Although the exact nature of the issue varies (complaints include nonresponsive buttons and strange disc loading noises, even when no disc is present in the device), the most-reported problem is the aforementioned “reboot loop.” In such instances, the Samsung Blu-Ray player will boot up, briefly display the main start-up page, then subsequently shut back off, only to repeat the process indefinitely. No matter the exact issue experienced, in all cases the Samsung Blu-Ray device ceases to function. Some initially speculated the cause was a botched firmware update, though many now doubt this theory and instead posit an expired SSL certificate as the culprit. Affected Samsung Blu-Ray player models include the BD-JM57C, BD-J5900, and HT-J5500W, among others. As of Monday, June 22nd, Samsung has yet to issue a fix to affected customers.

Do you own a Samsung Blu-Ray player that has stopped functioning amidst this widespread experience of strange device errors?

If so, we would like to speak with you. Please complete the questionnaire below, send us an email at info@classlawdc.com, or give us a call at (202) 470-3520.