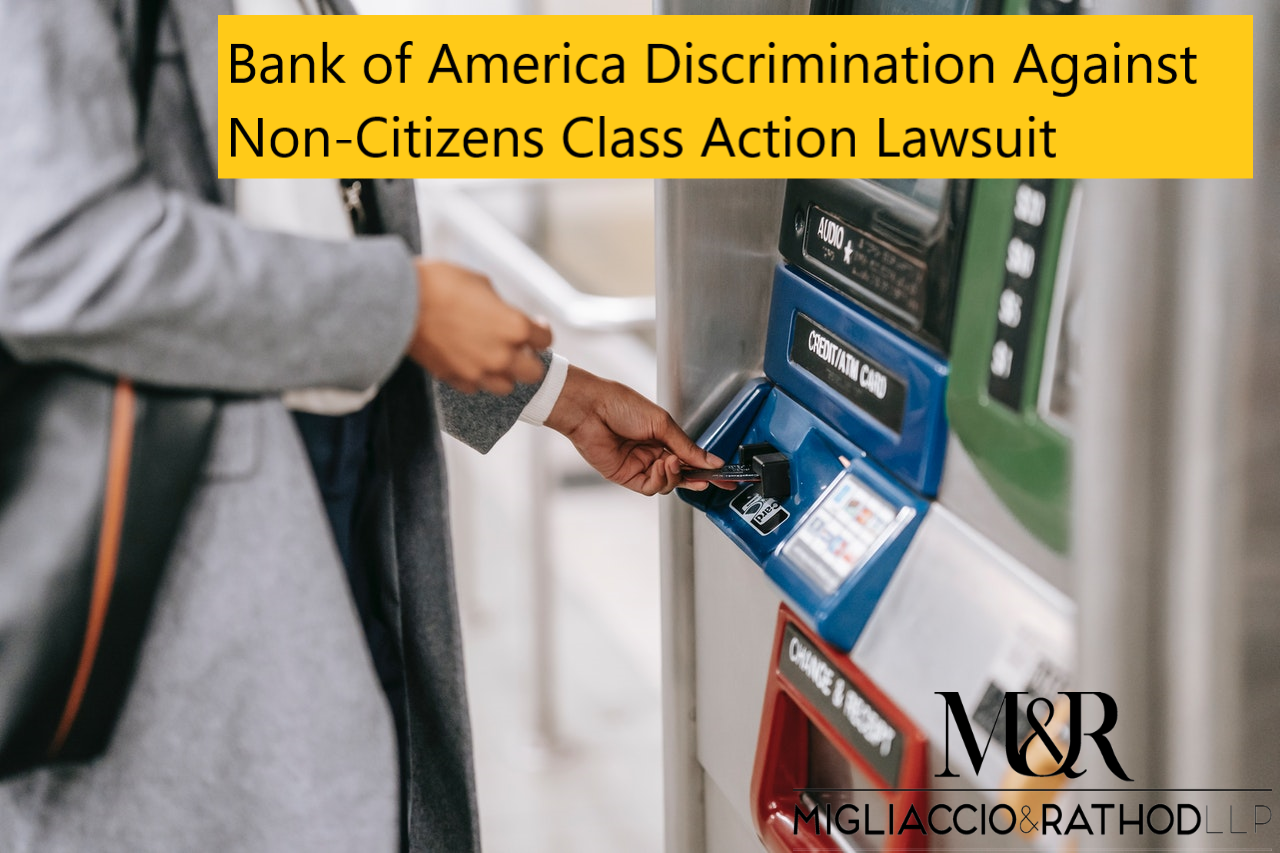 Migliaccio & Rathod LLP, along with Singleton Schreiber McKenzie & Scott LLP, has filed a class action lawsuit against Bank of America, N.A. over allegations that Bank of America engaged in discriminatory banking practices by targeting, restricting, and closing the accounts of people of Iranian descent. The complaint is captioned Nia v. Bank of America, N.A., Case No. 3:21-cv-01799-H-BGS, and is pending in the U.S. District Court for the Southern District of California and can be found here. Plaintiff alleges that despite meeting Bank of America’s stated requirements to maintain his account, including providing valid proof of residency, the plaintiff’s accounts were unlawfully closed.  Bank of America took this action without any explanation, the Complaint alleges. Several other consumers of Iranian origin have made similar complaints against Bank of America including in media stories, on social media, and to the Bank’s regulator, the Consumer Financial Protection Bureau. The only reasonable conclusion to draw is that the closure of accounts is based on national origin and, therefore, discriminatory.

On May 18, 2022, in a 20-page opinion, the Hon. Cynthia Bashant of the Southern District of California ruled that Plaintiff’s Complaint presented valid legal claims and could proceed to the discovery phase of litigation, where Plaintiff will be able to gather evidence from Bank of America. The opinion denied Bank of America’s early effort to dismiss the complaint in its entirety, finding the Bank’s arguments lacked merit.

Our case joins many other class action suits brought against banks for similar discriminatory practices related to one’s background and/or citizenship status:

If you believe you were the victim of discrimination by a financial institution under similar circumstances, please complete the questionnaire below, give us a call at (202) 470-3520 or send us an email at info@classlawdc.com.