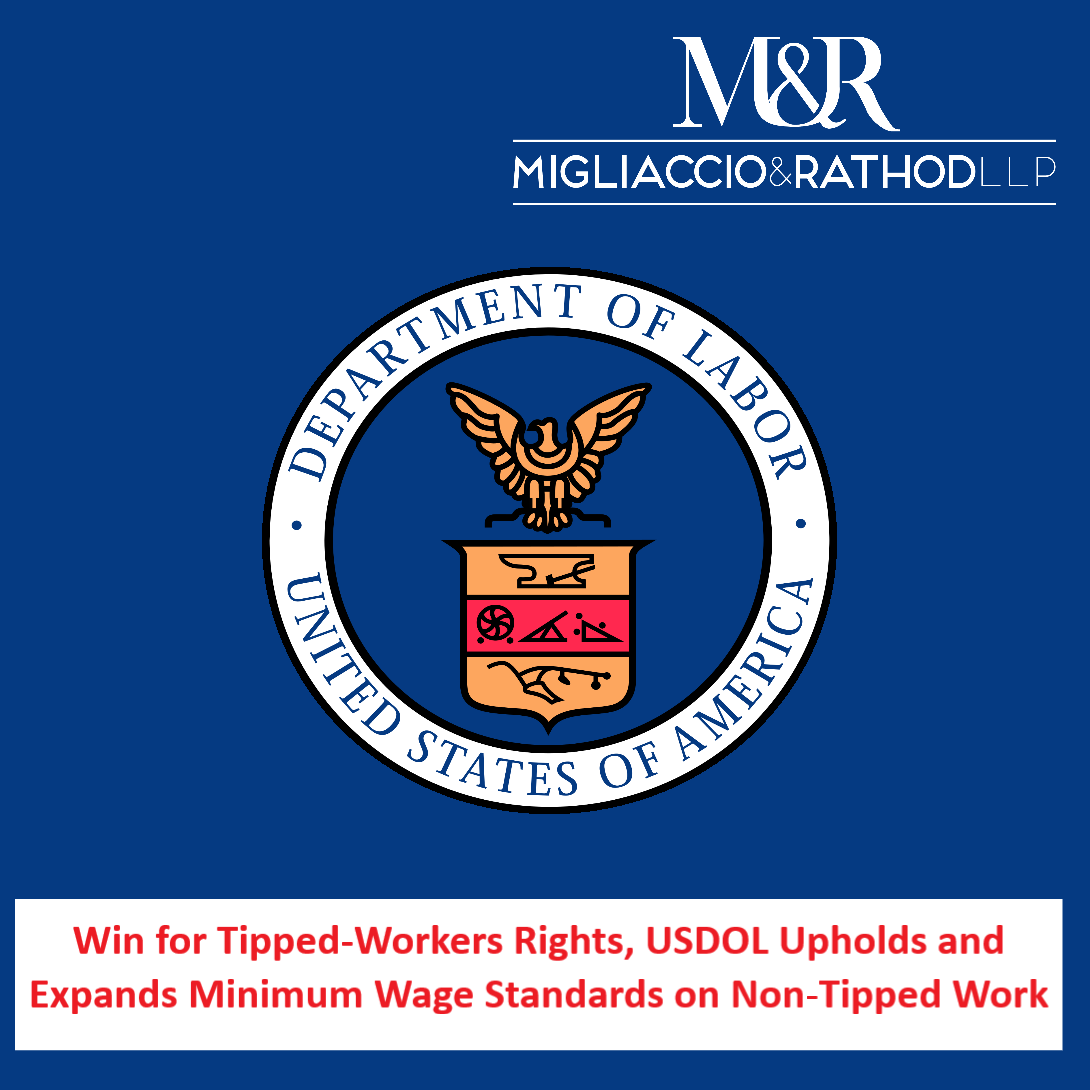 Migliaccio & Rathod LLP is currently investigating employers of tipped-workers, particularly restaurant servers, over potential minimum wage violations as set by United States Department of Labor (USDOL) regulations and standards. The USDOL recently faced and dismissed challenges to certain minimum wage regulations, such as the 20% rule. The 20% rule is an exception for employers of tipped workers which signifies that up to 20% of tipped minimum wage hours may be non-tip earning work. Other than reenforcing this rule, the USDOL also added the protection that, within this 20%, there be no more than 30 minutes of consecutive non-tipped work performed.

The federal standard minimum wage is $7.25/hour while the federal tipped minimum wage is only $2.13/hour, with some variable increases among states. With such a huge discrepancy in minimum wage for tipped-workers, the USDOL aims to protect employees whose income is substantially impacted by required non-tip earning work.

Moreover, the USDOL clarified the definition of tip-earning and non-tip earning work. Examples of violations of the rules may include restaurants requiring servers to be responsible for non-tip earning side work such as cleaning, mopping, rolling silverware, and filling condiments, among other tasks, particularly when they occur in long stretches of time, separate from core responsibilities. Impacted individuals may be servers or casino workers at restaurants including Denny’s, IHOP, Bob Evans and other large, tip-based franchises.

Are you a server or other tip-earning employee who believes they may be paid the tipped minimum wage even for non-tip earning work?

The lawyers at Migliaccio & Rathod LLP have years of experience in class action litigation involving wage theft cases. We have recovered millions of dollars for Assistant Managers in Bob Evans restaurants, Staples, and more recently, for servers in IHOP restaurants operated by franchise-owner CFRA that resulted in a $1.72 million settlement for servers. (Disclaimer: Past results do not guarantee future outcomes). More information about our current cases and investigations is available on our blog.