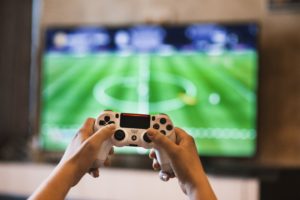 Migliaccio & Rathod LLP is currently investigating Electronic Arts (EA) for deceptive practices in the operation of its FIFA Ultimate Team player marketplace. FIFA Ultimate Team is a mode in the popular FIFA soccer video game series that enables gamers to build teams using any players from any league and then compete with other gamers’ teams. Gamers build their teams using coins, which can be earned via in-game play, or bought outright. Gamers can then use these coins to purchase “Player Packs,” which vary in price, prestige, and probability of containing high-rated players, or purchase players directly from other gamers using the in-game marketplace.

The operation of Player Packs effectively constitutes gambling, an alarming practice for a game franchise that appeals largely to children. Moreover, many gamers claim that EA manipulates the odds of Player Packs containing high-rated players and actively regulates the player marketplace in a non-transparent manner. Regarding the latter claim, after a recent update advertised the inclusion of certain high-rated players in Player Packs, these very same players immediately appeared on the marketplace. Many suspect that EA added these players directly and attempted to hide this fact by obscuring details of previous ownership. This serves to both remove coins from the market, following the players’ purchase, and indicate to gamers an unrealistically high probability of acquiring one such player from a Player Pack. One popular FIFA live-streamer spent over $6,000 USD on Player Packs, and never acquired one of these players.

Have you Participated in the FIFA Ultimate Team Player Marketplace?