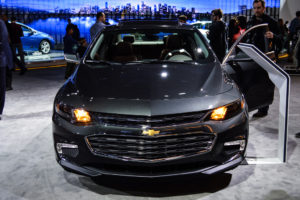 Migliaccio & Rathod is currently investigating the 2016-2018 Chevy Malibu for engine issues related to unexpected deceleration and a defective start/stop engine feature. Consumer complaints reported to the National Highway Traffic Safety Administration (NHTSA) detail a defect in which the vehicle fails to turn the engine back on after it has come to a stop. As a fuel-saving measure, car manufacturers supply certain models with start/stop systems that turn the engine off after the car is immobile for some time, such as when stopped at a stop light or stop sign. Car engines are supposed to rev themselves back on, but in the case of the Chevy Malibu, the car shuts off after coming to a stop.

Another problem reported by Malibu owners is the sudden loss of engine power than sometimes leads to engine stall. Drivers report seeing a message appear on their dashboard which reads “Engine Power Reduced”. Upon seeing this message, the car is forcibly slowed to a speed other than the driver’s cruising speed and is prevented from going above a certain MPH. This is a potential safety issue since drivers report that the message and loss of acceleration has occurred to them while they were on the highway, leaving them with little time to get to the shoulder and restart the vehicle.

Has Your Vehicle Turned Itself Off Following a Stop, or Slowed Itself Down While in Motion?