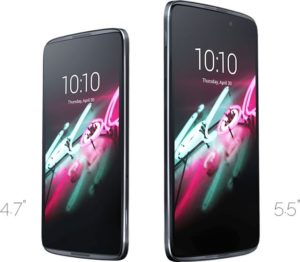 On August 23, 2018 Chief Judge Frank D. Whitney of the federal district court for the Western District of North Carolina granted final approval of a class action settlement arising from alleged deceptive practices in the marketing, sale and updates of Alcatel OneTouch Idol 3 phones. The settlement appointed Migliaccio & Rathod LLP and Whitfield Bryson & Mason LLP as class counsel. With the settlement, qualifying purchasers of the Alcatel OneTouch Idol 3 are entitled to participate in the settlement and receive a new phone. The lawsuit alleged that the cell phone manufacturer removed LTE Band 12 functionality through a software update on their Idol 3 smartphones. Alcatel originally advertised full Band 12 functionality, which is a key feature for many consumers since it can provide service coverage when none would otherwise be available. T-Mobile customers were especially affected because the company had advertised the benefits of Band 12 in the form of expanded and improved coverage.

If you are not a resident of North Carolina or Kentucky, but purchased an Alcatel phone in 2015 or 2016, you may also have a claim to bring, even though you are not covered by this settlement. You should contact Migliaccio & Rathod LLP at 202-470-3520 or at info@classlawdc.com so that they can investigate – for free.