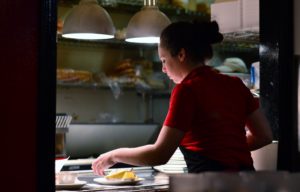 Migliaccio & Rathod LLP currently represents a former IHOP server who worked at Trinity Restaurant Group in a federal court lawsuit that alleges Trinity forced servers to attend unpaid mandatory meetings and also to spend a large amount of time on non-tipped earning side work. This is illegal, the suit says, because it violates state and federal minimum wage laws.

Have You Worked as a Server at an IHOP Restaurant Operated by Trinity?

If so, we would like to speak with you. Please fill out the contact form on the right side of this page or call us for a free consultation at (202) 470-3520.

You can read more about the case and settlement at the below links:

The lawyers at Migliaccio & Rathod LLP have years of experience in class action litigation involving wage theft cases. We have recovered millions of dollars for Assistant Managers in Bob Evans restaurants, Staples, and more recently, for servers in IHOP restaurants operated by another franchise. (Disclaimer: Past results do not guarantee future outcomes). More information about our current cases and investigations is available on our blog.