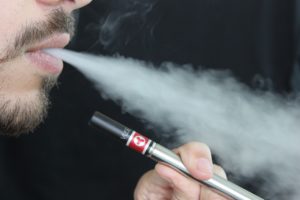 Migliaccio & Rathod LLP is investigating claims of exploding e-cigarette devices that may result in serious harm to the user. The lithium-ion batteries in e-cigarettes are prone to bursting due to flammable electrolytes within the battery that overheat and propel its contents outwards because of high internal pressure. This overheating can occur when the vaping unit touches loose change or other metal objects commonly found in one’s pockets, thus rendering one’s hands, mouth, and tendons vulnerable to third-degree burns. The intensity of the explosion can be so severe that treatment for the burns can involve skin grafts that leave significant scarring.

E-cigarettes are unregulated, meaning that they lack industry-wide manufacturing standards or testing programs for quality assurance. As a result, consumers are put at a higher risk of purchasing a faulty e-cigarette device with a defective battery capable of exploding. Since 2017, the U.S. Consumer Product Safety Commission’s National Injury Information Clearinghouse database has reported 29 cases of house fires and serious injuries caused by exploding e-cigarettes.

Has Your E-Cigarette Overheated or Exploded?

If you purchased an e-cigarette that overheated or exploded, we would like to speak with you. Complete the contact form on this page or give us a call at (202) 470-3520.

The lawyers at Migliaccio & Rathod LLP have years of experience in class action litigation against large corporations, including in cases involving defective products and unfair & deceptive trade practices. More information about our current cases and investigations is available on our blog.

(May 7, 2020) Suit: Alton man burned when e-cigarette exploded in his pocket, seeks $50K: Plaintiff said he purchased an electronic cigarette and had placed it in his right pants pocket where it exploded and burst into flame. The explosion caused burns on Tucker’s right buttocks, thigh and leg, the suit claims.

(August 19, 2019) Houston-area woman injured when vape battery explodes in hand: A Houston-area woman suffered burns to her hand when a vape battery exploded, according to the Harris County Fire Marshal Office. The Cy-Fair VFD responded to the scene and transported the victim to Memorial Hermann Cypress. She was treated for second degree burns to her hand.

(June 19, 2019) Vape pen explodes, shatters 17-year-old boy’s jaw and breaks his teeth: A 17-year-old Nevada boy was rushed to the nearest hospital after his electronic cigarette exploded in his face, leaving him with a shattered jaw and broken teeth. This is not the first time a vape has caused this type of injury. A study by The BMJ, a peer-reviewed medical journal, estimated that there were 2,035 e-cigarette explosion and burn injuries from 2015 to 2017. While the FDA has regulations in place over e-cigarettes, the agency has yet to issue a warning about the potential for batteries to overheat and explode.

(April 7, 2019) E-cigarette explodes, rips away chunk of Cordova man’s face, breaks some teeth, lawsuit says: Twenty-five-year-old David Bishop of Cordova was at home one morning last year when he decided to use an e-cigarette before going to work. Suddenly, a lithium battery inside the device exploded, a lawsuit alleges. The blast blew pieces of the e-cigarette into the man’s face, breaking several teeth. And the blast ripped away a chunk of flesh, from his upper lip through his lower left cheek, the legal filing says.

(February 5, 2019) Exploding vape pen kills a Texas man: A Texas man died of a massive stroke after the e-cigarette he was using exploded and tore his carotid artery. The Tarrant County Medical Examiner’s office says that William Brown died in a Fort Worth hospital on January 29 — just weeks shy of his 25th birthday. The death certificate says he died from cerebral infarction and herniation after debris from the exploding vape pen dissected his left carotid artery. There were 195 separate e-cigarette fire and explosion incidents in the United States reported by the media between 2009 and 2016, according to a report by the US Fire Administration.

(January 28, 2019) Man in New York Suffers Severe Burns After E-Cigarette Allegedly Explodes in Pants Pocket: A 27-year-old man in Westchester County was hospitalized and treated for severe burns to his left leg after sustaining injuries from an e-cigarette that allegedly exploded in his pants pocket. Experts say 62 percent of e-cigarettes that explode do so while they are in use or carried in a pocket. There has been at least one fatality. Dudhnath, who is married with a son, says he is not out of the woods yet after sustaining first- and second-degree burns.

(October 29, 2018) Vaping, E-cigarette Dangers: “Josh Bumgarner showed Channel 9 what’s left of his front teeth after an explosion while vaping. Over the last few months, there have been several explosions nationwide, leading to fires and hospital visits. The Food and Drug Administration declared youth vaping an epidemic within the last month.”

(August 28, 2018) Man says he’ll go ‘back to hookah’ after video shows e-cigarette explode in his pocket: “A man was looking to buy a TV inside a California store, video shows, when a sudden explosion erupted on his body and sent him running. The jolt was caused by an e-cigarette, according to Fox11. The device left the man with burns on his leg and a hole in his pants after it caught on fire inside his pocket.”

(June 19, 2018) North Carolina Dad Hospitalized After E-Cigarette Batteries Explode in His Pants Pocket: “A North Carolina father is recovering after a pair of e-cigarette batteries exploded in his pants pocket, leaving him with severe burns and injuries to his face. A report from the U.S. Fire Administration states that most e-cigarette and battery explosions occur in the person’s pocket. Although most of these explosions are ‘self- or easily-extinguished,’ victims can suffer severe burns on their hands, faces and legs, according to the report.”

(June 18, 2018) E-Cigarette Batteries Explode in Grocery Shoppers’ Pocket Burning a Hole in Pants: “Kevin King is recovering in the hospital after batteries for his e-cigarette exploded in his pocket and left him with serious injuries, including severe burns and shrapnel wounds. From 2009 through 2016, there were at least 195 incidents in which an electronic cigarette exploded or caught fire, according to a report from FEMA and the U.S. Fire Administration. Of those incidents, 133 resulted in injury, 38 of which were severe.”

(May 16, 2018) TV Producer Killed After E-Cigarette Explodes, Burned 80% of His Body: “Tallmadge Wakeman D’Elia died on Cinco de Mayo in St. Petersburg, FL after his vape pen ignited a fire in his bedroom. The autopsy results just came out and reportedly showed the e-cig not only exploded and sparked the blaze, but it also made a “projectile wound” in D’Elia’s skull.”

(May 15, 2018) Hidden danger: Man dies after E-cigarette explosion: “The coroner’s office confirmed Tuesday that an E-cigarette blew up, killed a St. Petersburg man, and caused his house also going up in flames. Parts of the smoking device penetrated his skull. His body was found covered with burns amongst extensive fire damage in his home, according the autopsy report…The AP reports 1 out of 7 Americans have smoked an E-cigarette.”

(May 10, 2018) Teen severely burned when e-cigarette batteries explode in pocket: “A West Michigan teenager suffered severe burns after his after his e-cigarette batteries exploded in his pocket. Now, he wants others to be aware of the dangers of vaping…Spencer now has 1st and 2nd degree burns down his leg. It’s a lesson he learned the hard way. He had no idea the same thing was happening across the country with e-cigarette batteries. According to FEMA, there have been 195 fires and explosions since 2009. Just last week, a battery in one of the devices may have exploded, killing a 38-year-old Florida man.”

(May 7, 2018) Man found dead after vape pen apparently explodes in his face: “Florida authorities are investigating the death of a man whose body was found at home Saturday by firefighters after a vape pen appears to have exploded in his face…According to a report by the Federal Emergency Management Agency, there were 195 vape pen explosions from 2009 to 2016. Though 29 percent of the victims suffered ‘severe’ injuries, no one was killed. Most of the ‘incidents’ of fire or explosion occurred when the device was either ‘in a pocket or actively in use,’ according to the report.”

(April 15, 2018) E-cigarette explodes, burns student at Erie 1 BOCES in West Seneca: “A 21-year-old student remains in the Burn Treatment ICU at Erie County Medical Center after his e-cigarette caught fire Friday in the hallway of the Erie 1 BOCES Center, reported West Seneca police…Serious burns from e-cigarettes are being seen with greater frequency, according to a 2017 report from the National Institutes of Health, which said the most common injuries occur when the cigarette batteries explode while the users are carrying the devices ‘on personal attire.'”

(April 13, 2018) Voluntary Product Recall of Vuse Vibe Power Units: “R.J. Reynolds Vapor Company has voluntarily initiated a nationwide safety recall of all Vuse Vibe power units. The Company initiated the recall after receiving consumer complaints about malfunctioning batteries, which may cause the power unit to overheat and create a fire risk. The Company has received 10 complaints related to the power unit. No injuries have been reported. The Company is voluntarily recalling the 2.6 million power units it has sold. The Company is investigating the cause of the incidents with the intent to return to the market after the issue has been resolved.”