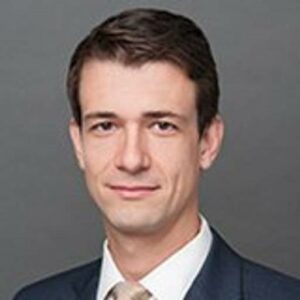 Bryan Faubus' work focuses on data privacy, mass tort, and defective product litigation on behalf of consumers. Mr. Faubus has extensive class action litigation experience in courts across the United States and assists the Firm in litigating class actions from inception to settlement. Since he joined the Firm in 2018, Mr. Faubus has contributed to many of the Firm's successful cases and obtained substantial recoveries for numerous individuals harmed by corporate malfeasance.

Prior to joining the Firm, he practiced at a California-based plaintiff-side law firm, where he played a significant role in the prosecution and settlement of numerous securities fraud, antitrust, and other consumer protection matters, and represented classes of consumers and investors against large companies in state and federal courts across the country. Before that, he practiced corporate litigation, arbitration, and real estate law at two international law firms.